A 3rd Round for The BRICS Seminar On Governance, Held In Brazil 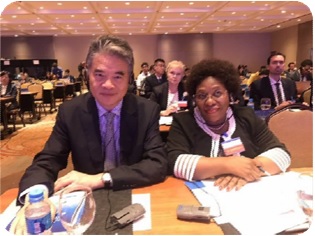 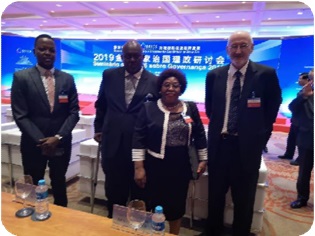 BRICS (Brazil, Russia, India, China and South Africa), as a multi-lateral structure of the emerging economies held a 2019 seminar on Governance in Brazil. The first BRICS Seminar on Governance was convened by the Chinese National Academy of Governance and the Publicity Department of the CPC Central Committee in Quanzhou, China from 18-19 August 2017. The second BRICS Governance Seminar was convened by the National School of Government in the Republic of South Africa, in the City of Johannesburg on 04-05 July 2018.

It became a turn for Brazil to host the 2019 seminar. As such, the BRICS 2019 Seminar on Governance was convened in Rio de Janeiro, Brazil by the Publicity Department of the CPC Central Committee, Ministry of Economy of Brazil, Fundação Getulio Vargas (FGV), and China Foreign Languages Publishing Administration. It was organised by FGV Law School, FGV China Studies Center and Academy of Contemporary China and World Studies（ACCWS). This annual seminar is intended to share experience in state governance as BRICS countries are influential on global governance. The theme of the seminar in 2019 was “Innovative governance for economic growth in the new era” and the sub-themes that guided the parallel sessions were (i) digital economy and innovation-driven growth, (ii) Upholding multilateralism and opening up for a better future and (iii) people-centred development and international cooperation for a better world.

The delegation from South Africa included the representatives of the NSG (Dr Mary Ledwaba, Prof Thean Potgieter and Dr Johnny Masego Pietersen), UNISA (Prof Noel Ngwenya) and DPSA (Mr Asaph Chuene). The nominated delegates had to submit abstracts on relevant topics before an invitation could be confirmed. Following the approval of the abstracts, the nominated delegates received invitations to attend the seminar where they presented their topics. Prof Potgieter presented on “Being Adaptive – Notes on Industrial Revolutions and Public Services”, while Dr Pietersen’s topic was “Measuring people development for BRICS by means of Human Development Index”. In addition to that Dr Mary Ledwaba spoke on “People-Centered development and International Cooperation for a Better World”. Issues of governance and economic growth were introduced at the start of the seminar by key note speakers, Mr Lucas Ferraz, Secretary of the Foreign Trade Secretariat of the Brazilian Ministry of Economy and Liang Yanshun, the Vice Minister of the Publicity Department of the CPC committee (China). Overall, the seminar emphasised on the need to accelerate economic growth in the emerging markets through digitisation, innovation, strengthened multilateralism and people-centred development.